Sharon Wright is a National Award-Winning Photographer who was drawn to capturing images from a very early age. As a young girl, on a visit to Queen Elizabeth Park, while everyone was taking photos of the city view – she felt the water coming from the drinking fountain would make a far more interesting photograph.

Sharon is always looking at the things around her and thinking how she could portray them in an image.  She won awards in high school for her art and also garnered a gold medal from the Canadian Association of Photographic Art (CAPA).  Her work gained momentum after high school when she was able to create black & white images in her own darkroom.

Following some formal training, Sharon became involved in a wide range of photographic activities from weddings to sporting events, fashion photography and unique children’s portraits.  Although she occasionally photographs in colour, she prefers black and white with the fascinating tones and textures it brings out in a subject.

There are many blueberry fields strewn around Delta.  As I pass them, I wonder about the hard-working pickers.  Are their backs sore after being out in the fields all day; were their hands weathered; how do they protect their faces from the elements? I decide to approach a local field with the idea of a photo project looking into their world.  Although I only spent a few hours out in the fields with them, at the end I was hot and tired.  How do they do it all day? I wasn’t even doing any picking and I was complaining to myself.  The most surprising thing was that many of them work with smiles on their faces.  I already admired them prior to doing this photo project but after I was done my admiration for them grew.

I chose to photograph this project in black and white.  I felt that it would highlight the people and the texture of their clothing and skin.  Colour could have distracted the viewer with the foliage and berries and I wanted the workers to be the focus of the images. 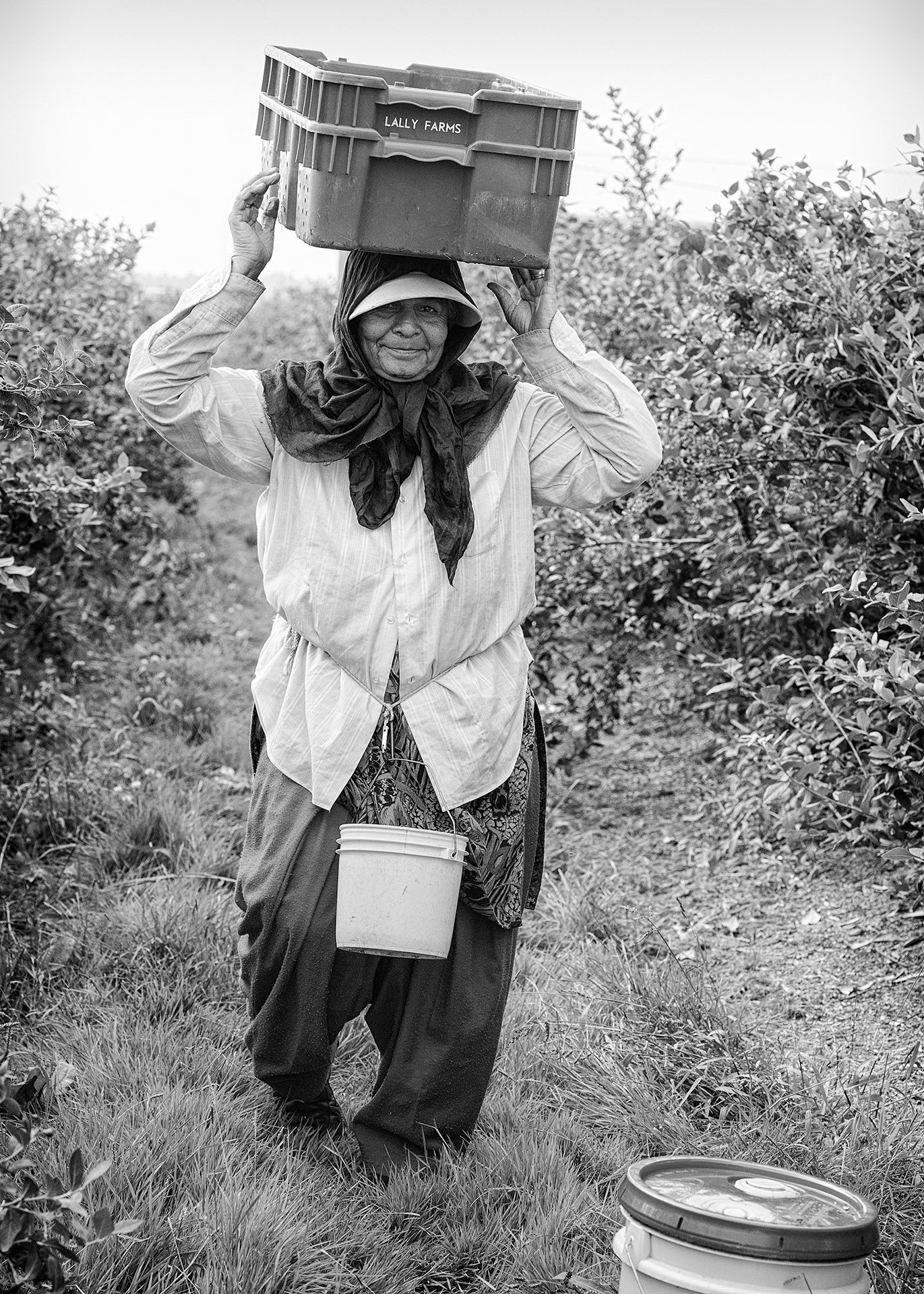 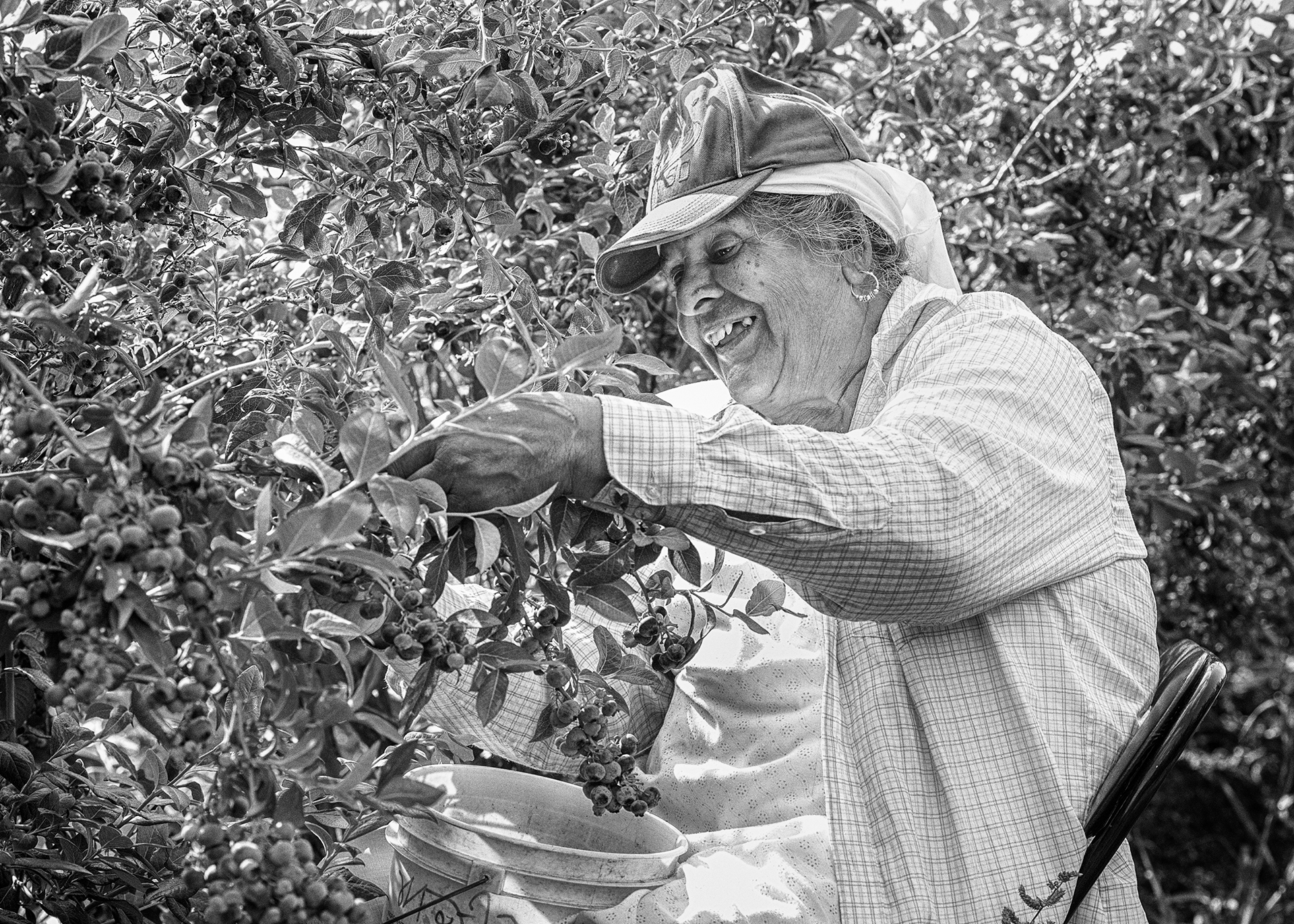 Sharon moved, with her young family, to the small town of Ladner, BC in 1992. Since she had only lived in larger cities, she didn’t know what it would be like to live in a small town. The only thing she knew about Ladner was that there were a lot of fishing boats and farms.  It wasn’t until Sharon had lived there for a few years that she realized it was so much more.  The people, who have called Ladner home for many years, built such a wonderful community to raise their families.  It’s the type of place where a local farm market still leaves their fruit and vegetables on an open table and there is a can where you can put in what you owe. You also can’t go to the local grocery store without having a conversation with someone you know. This can be good or bad, depending on how much of a rush you’re in.

Since Sharon has been a portrait photographer for many years, she set out to photograph several longtime residents who have been part of Ladner’s past.  While photographing them in their homes, she heard many stories about life in Ladner years ago. What their daily challenges and joys were and what it was like raising a family and growing up there.

Sharon has learned so much about the people and place she now calls home.  It has changed a lot over the years, but the core values of friendship and looking out for your neighbour still exists. 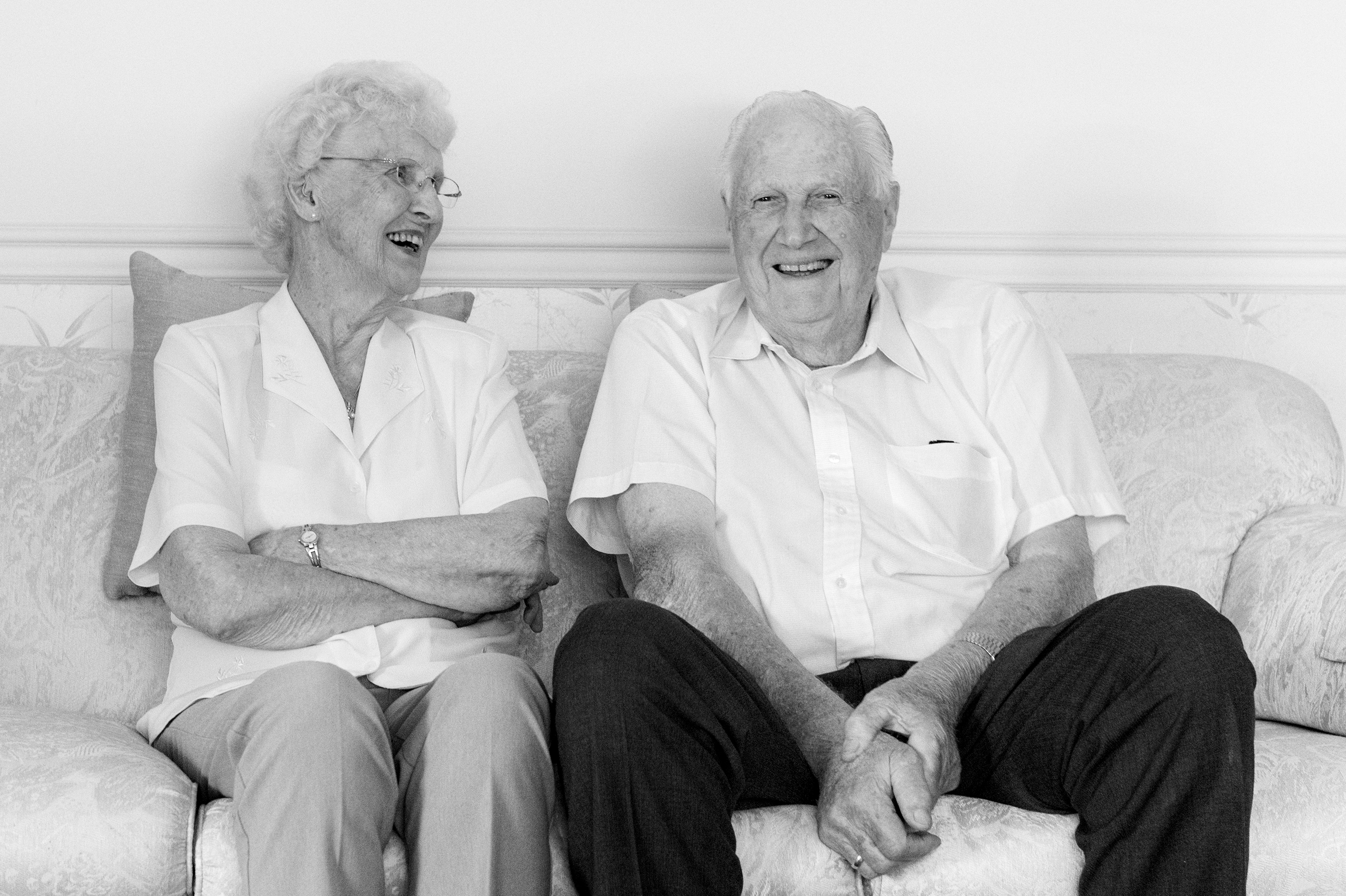 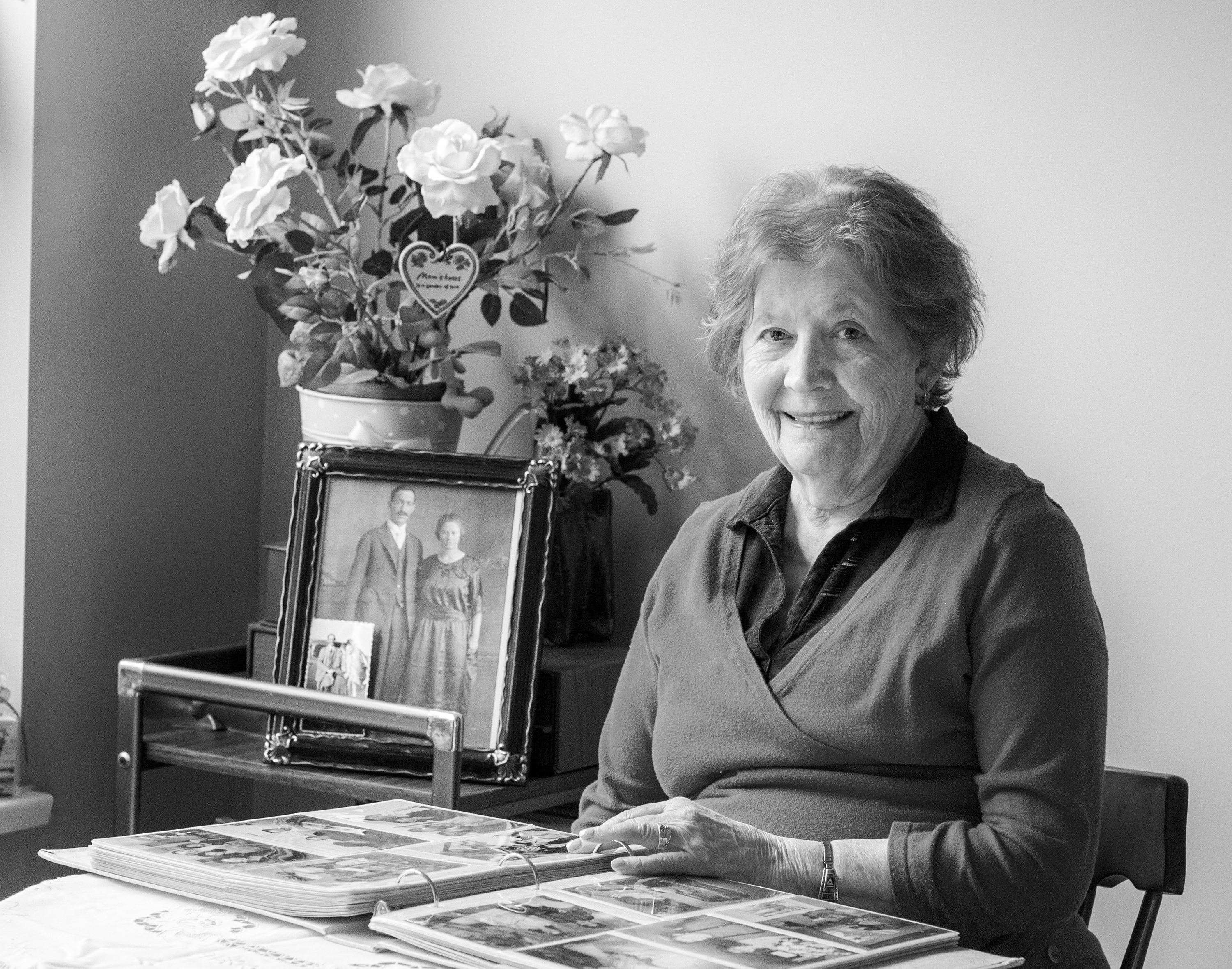 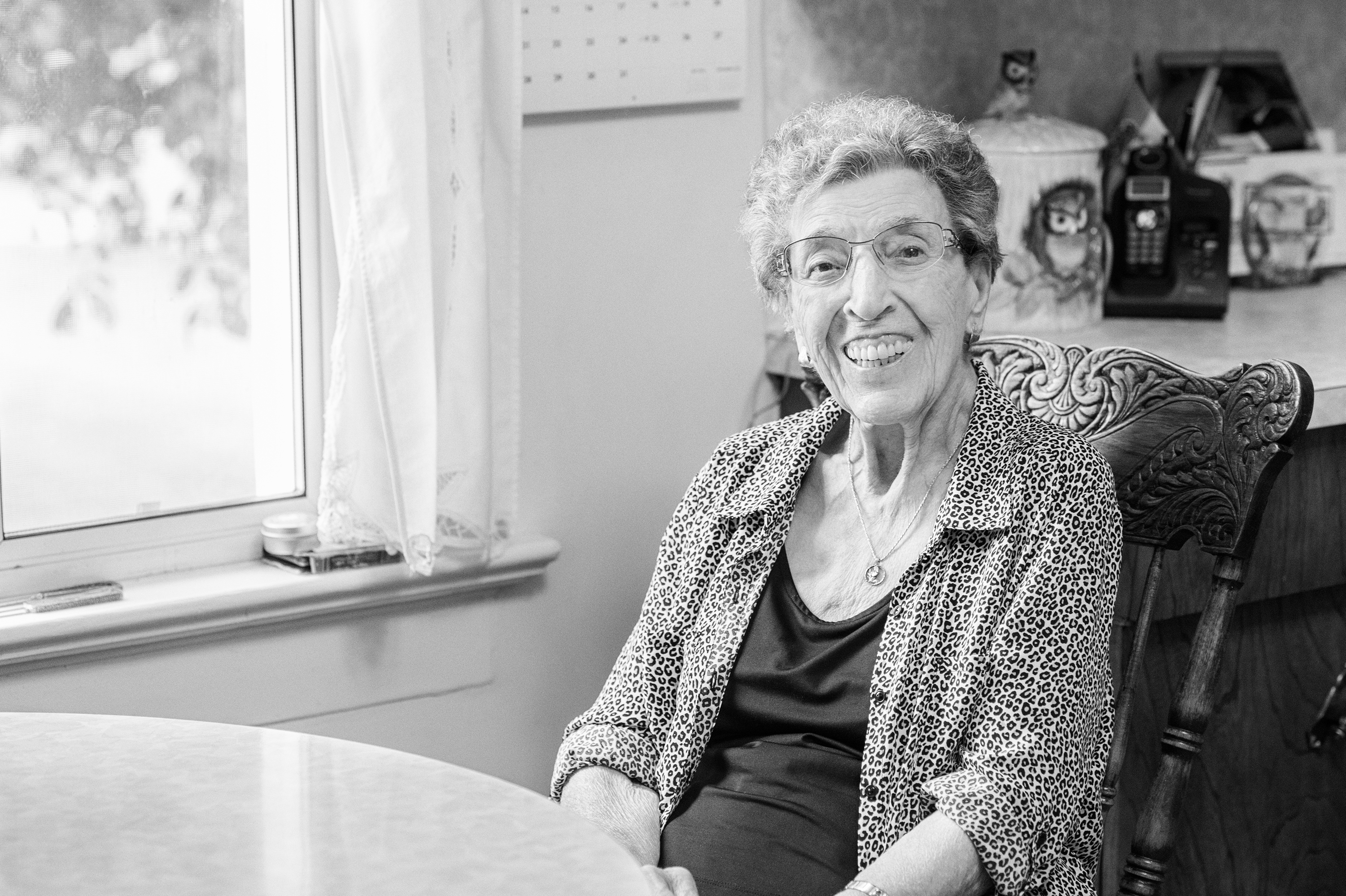 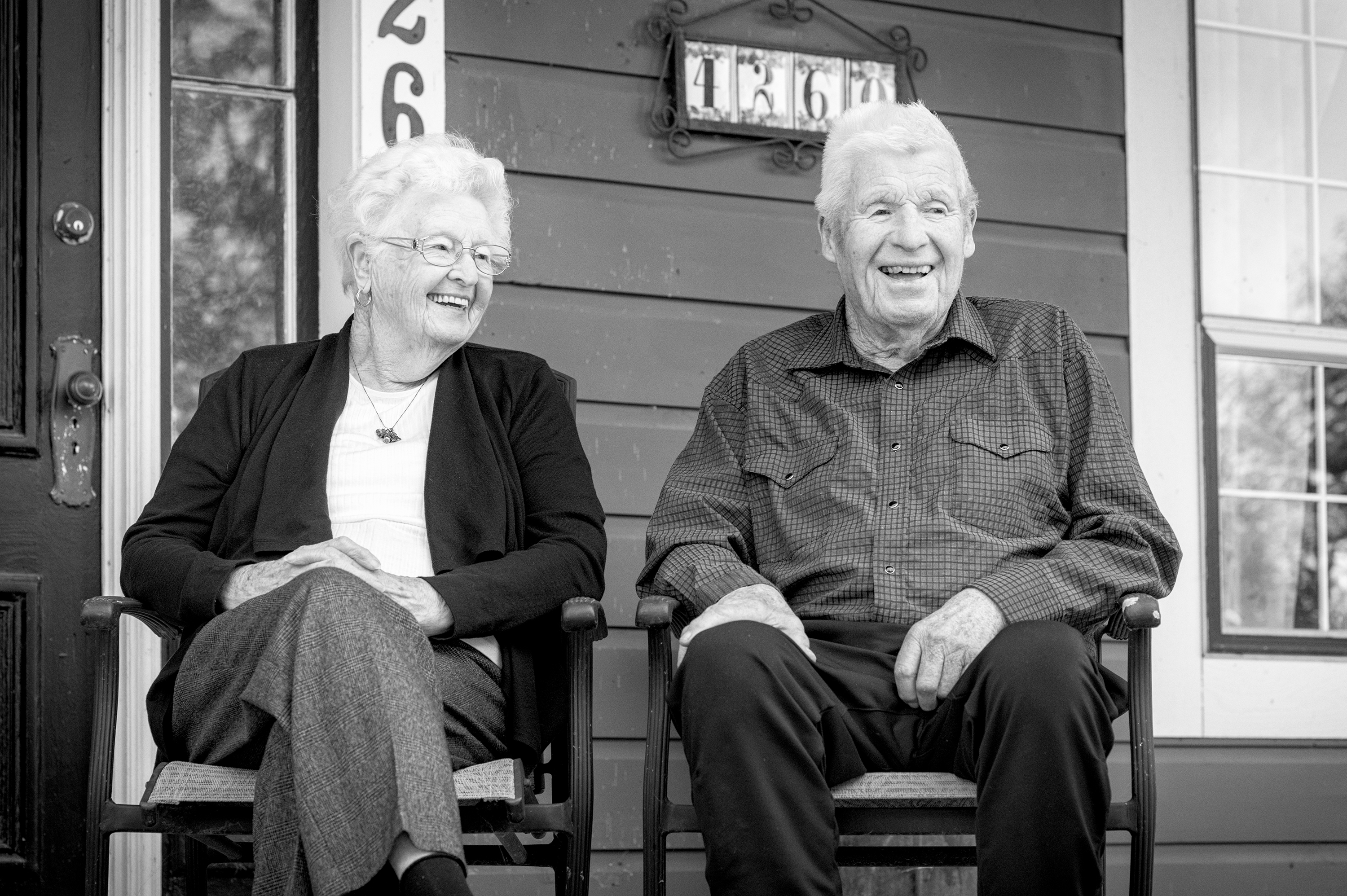